Why is Billie Piper tapping her face in the movie Rare Beasts?

The trailer for the new Billie Piper film Rare Beasts released on 21st May in cinemas and on online platforms, shows her tapping her face whilst chanting the mantra: “Even though I feel scared and angry I still love and respect myself” 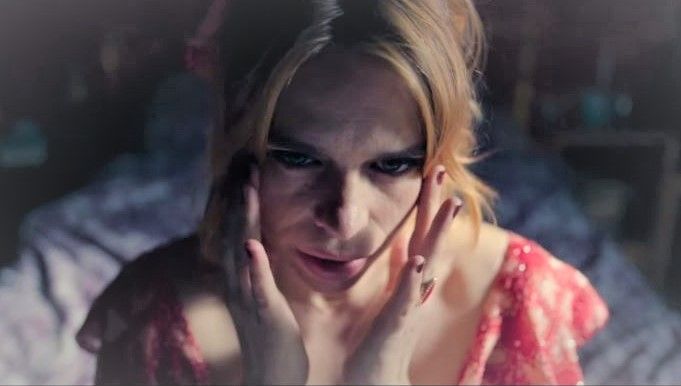 People are wondering what she is doing and why?

Billie Piper has talked openly about the therapy that she has had to help her through difficult times and the tapping that she is doing on her face is one technique that can be used to deal with the type of stress and anxiety we see her experience in the film. Talking about her own journey in Stylist magazine and finding out how the therapist wouldn't just fix her, but that she had to do the work herself she has said..

"I think there can be quite a lot of time spent trying to get to a place where the client understands that, actually, you’re not going to fix them. You’re not going to do something to them that is going to make them better. They are going to have to have some agency. Sometimes people come to therapy because they feel disempowered in the face of something. “I feel helpless, do it for me.” So, ironically, people don’t love it when we go, “Well you’re the one that’s going to do the work.”

Here are all the answers you are looking for about why she is tapping her cheeks in the film.

Rare Beasts is the first film the Billie Piper has directed and it stars herself too. It’s a romcom in style but with much more going on than your typical Richard Curtis or Bridget Jones film.

Her character Mandy works for a TV production company and is a single mum with a difficult child who may have OCD. She lives with her mother played by Kerry Fox and her son’s father is still on the scene, played by David Thewlis although things are not great between the two.

What we see Billie doing in the film more than once where she taps her face and repeats a phrase is a technique that can be used to help deal with stress and anxiety, fears and phobias and other things too. It’s called EFT or tapping for short.

The tapping technique was discovered by Gary Craig who published a Tapping and EFT handbook explaining what he has discovered about it. It is a technique similar to acupressure and involves tapping on certain pressure points around the face and on the body and hands. What is remarkable about the technique is that you really can tap away stress and anxiety. Many researchers are looking into the efficacy of tapping and there are many clinical studies on EFT already published that show how well it works.

Like we see Billie Piper doing in the Rare Beasts movie you tap different parts of your face and body whilst repeating a phrase that sums up the problem and also contains a positive aspect. People who learn this technique with me are constantly surprised by how quickly and effectively it can help them deal with a feeling they are struggling with.

What can I use Tapping or EFT to help with?

EFT can be used for many different things. As a Clinical Hypnotherapist I use it as part of my therapy with clients alongside helping to teach people ways to relax, switch off and let go of the past. I find that it has amazing success on so many different things. I use it more than any other intervention when I help people with fears and phobias. I have used it for fear of spiders, heights, driving, sickness and many other fears and phobias. In fact there was a very strange side effect for myself when I appear to have lots one of my own fears accidently..After working with many people who had fears of heights my own feelings had gone away without me realising. I found myself up somewhere high and it took a while to realise that I was feeling good because helping other people had rubbed off on me too! It is great to help you let go of stress and anxiety in the moment it is happening, as well as for things you are worried about that have not happened yet.

Here's Michael Ball talking all about how he uses Tapping on BBC Breakfast..

If you want to find out more about tapping and how it could help you then do drop me a line at [email protected] and tell me a little bit about what you are looking for help with. I work both in my private practice in Redditch and online with Skype. In fact online tapping works really well and you don’t even need to leave your home to learn it with me.