Love Island and X-Factor star talks about Hypnotherapy for stress and anxiety of performing. 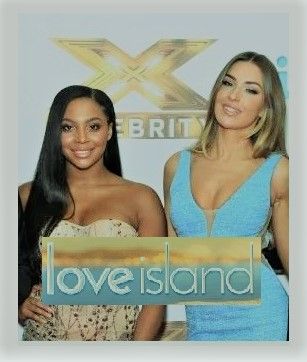 Amongst the celebrities appearing on Simon Cowell’s spin of from his pop show Celebrity X-Factor is former Love Island contestant Zara McDermott and she has been telling her Instagram followers all about how she prepared for the show by seeking out hypnosis.

The reality star is currently competing in singing band The Islanders, along with former fellow contestants Samira Mighty, Wes Nelson and Eyal Booker.

Speaking on her Instagram stories, Zara told over one million Instagram followers that she had “never been so excited in all her life”to sit down and watch the show, which kicked off  on Saturday 12th October on  ITV.

“Today is the day, Celebrity X Factor is happening,  I’ve never been so excited in all my life. I know it’s been the biggest build up in the whole world and I’ve not stopped talking about it – the reason for that is because this is the biggest thing I’ve ever done in my life.”

She went on to reveal how having Hypnotherapy helped her to overcome the nerves that could have stopped her from being able to perform.

You know if anything comes out of this show, from a personal level, it’s that I wanna show people that if you work hard enough and put your mind to something and you think you’re scared of doing something or you’re nervous or you just think, ‘I’m petrified and I will never be able to do that’ – I want people to inspire some people to push themselves so far out their comfort zone they never thought they’d be able to do it.”

Zara isn’t the first Love Island star to talk about how finding hypnotherapy helped them.  Chris Hughes has also spoken about how hypnosis was really useful in helping him through a tough period: https://www.markpowlett.co.uk/myblog/read_178136/chris-from-love-island-talks-about-hypnosis-to-stop-his-panic-attacks.html

You can read more about hypnotherapy for stress and anxiety here: https://www.markpowlett.co.uk/hypnotherapyforstressinredditch.html