What did the audience think of the Speakmans tour live show?

Are you looking for audience reviews of the Speakmans tour?

Several people who were looking for reviews of the live Speakmans’ show “How to be Happy” wrote comments on a previous blog where I explained that as a qualified and registered therapist I felt that it would be better for me to open up reviewing the show to members of the audience rather than simply write what my opinion was.

I was quite surprised about how many comments I received and how people seem to have responded to them. Only two shows have so far been performed and yet audience members have clearly felt that they wanted to write about their experiences and give their own reviews. 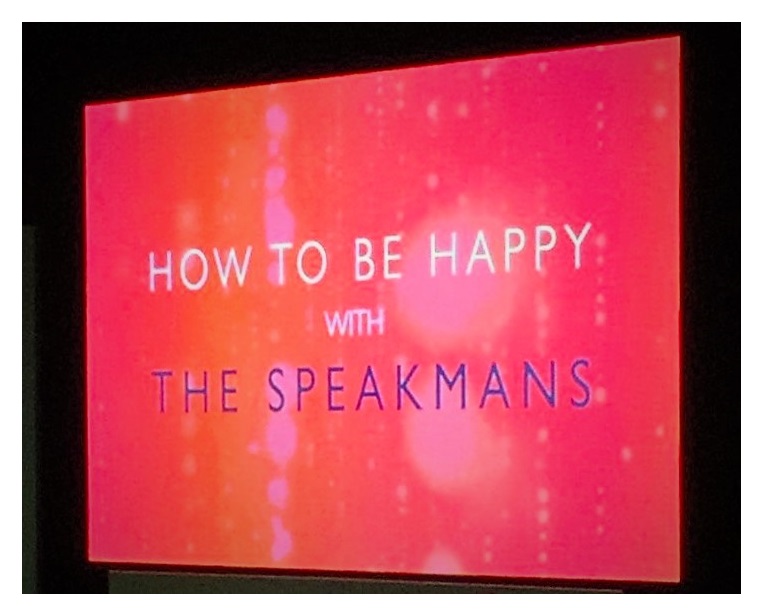 A common theme was that the show didn’t start until nearly twenty minutes after it was scheduled, even though already it was not due to start until 8.00pm. When you are looking at a target audience of people who are suffering from anxiety then making them wait so late in the evening is not perhaps that wise a move.

Other’s have pointed out that showing clips from This Morning that have already been shown before and also lots of talk about how lucky they were to live in a big mansion house did not endear them to their audience.

Other’s commented that many of the techniques seem to have been lifted from other’s books, CBT (which many in the audience seem to have already undertaken) and the Law of Attraction, made most famous in the book “The Secret” by Rhonda Byrne.

Here is a chance to have a read of some of the reviews left by audience members. If you would like to leave a review or comment then please do use the comment box at the end of this blog...

Left at the interval.

Very disappointing and sadly under rehearsed pantomime. All I know is that they're happy in their 13th century big house. Save your money and treat yourself instead!

Just got back from the Speakmans show at bridge water in Manchester, and never been more unhappier!
Sat through the first 15 minutes listening to them thank the audience for turning up and how they feel so humbled that we have come to see them, the next five minutes about their house and how they went on their first date when it was a restaurant liked it so much they bought it, then a video about him growing up next her growing up! then the spider therapy.
Next came the interval (thank you happiness at last)
Came in feeling positive showed us a video about Vicky who won I'm a celebrity how they made her feel happy, next a video when they were on this morning on a woman who they cured she was scared about ice and snow,oh and the crunch of pork scratching so at this I had to remove myself from the show.
Such a shame they haven't got it right perhaps they should of started rehearsals longer than just nine days ago as it states on their Facebook page. There was a lot of desperate people their whom i felt for as the show was full of absolute dribble.
MODERN DAY ROBBERY
My wife managed to stay for the remainder of the show and her first comment was how she felt depressed not happy.
The shows headline says how to be happy we thought they would give you tips and info about how to to see life in a more positive way, I truly do believe that they help people on a two to one basis but please give up the stage shows.

I went to the show last night as a friend wanted to go. I didn't know what to expect as I had never heard of them. Bringing that spider onto the stage made me so anxious, I am completely arachnophobic and it was such a bad idea for all the people like me sitting in the audience. It was irresponsible and I would never have paid if I had known what it would entail. I went in feeling happy, and I came out a shaking mess. I left after that, having been through quite enough trauma. Add to that the fact we were kept waiting till 820pm for them to come on stage, they boasted about their home and the size of it, and said that they wake up every day grateful to be alive. It was cringe worthy to watch. The stuff they came out with is nothing new, it's CBT and its been around a long time. Complete con, don't bother going. 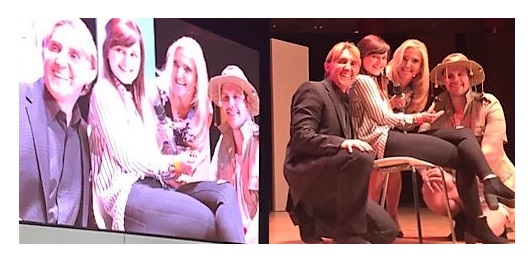 I went to the show last night and today was looking for the reviews on line when I found this so thought I would have my say. It was disappointing, weak and very long. The show over ran by 45 minutes not finishing until 11am. It didn't get started until 8.15 and there was a long break in the middle from about 9.15-9.40. Frankly they spoke like amateurs (Nick seemingly needing an autocue throughout, Eva trying to inject some personality) and seemed very under-rehearsed, and at times seemed ill at ease and irritated with each other. To be honest they looked very anxious as if they had bitten off more than they could chew. Not a great advert for their brand. The attempts to inject humour were juvenile & embarrassing. Many TV clips used were from This Morning some of which I had already seen. Using Vikki Patterson as a role model and live testimonial for their work when as yet we have not seen the results of her 'dramatic change of lifestyle' seems rather premature and unconvincing. We watched a 'live' demo of a spider phobia, a discussion of a woman afraid of ice (first seen on This Morning), a case study on low self-esteem which was better and a rather feeble attempt at PTSD which was by now so late I was anxious to get on my way home. The Speakmans have clearly cornered a niche and made a name for themselves using the media to court some 'celebrity' clients but inspirational speakers able to command the Symphony Hall they are most definitely not. The whole thing seemed poorly designed and under rehearsed almost as if they thought could take a 5 minute set hosted by Phil and Holly and turn it into a show without much effort by themselves. However they seemingly have a simple formula for curing phobia which if it works then that is a good thing and should be shared but as a show it definitely needs a rethink.

Review of the How to be Happy Show with The Speakmans interesting! #speakmans https://t.co/2TClu0kARm

I went to the show last night. I really wanted to see how they could transfer their TV show onto the big stage. I really like Eva and Nik and I don't care about their lack of training because all the training in the world doesn't guarantee that you can put someone at ease and empathise with them. To be able to talk to the every day person in simplistic terms that they can understand is something that training can't give you.

Yes there were teething problems. I think a slightly smaller venue would have been preferable. They were clearly very nervous (Who wouldn't be for the first time). Nik's voice was difficult to hear at times. The comedian was unnecessary. The girl with the spider was unconvincing. But they are reaching many people in a personal way and the audience stayed throughout a long evening extremely focused.

I am glad that I went along last night. Their message is very important and necessary. I worked with teenage girls in a mainstream school and every thing that the Speakmans talked about last night is spot on and the schemes they talk about definitely work. The programme is worth every penny full of helpful advice and information and a real useful tool for the future

I believe that Eva and Nik should continue with their show and a few tweeks will sort out the moaners and complainers.

Common themes seem to be the lack of rehearsal, and the fact that there was a very awkward chemistry between Nik and Eva Speakman. Perhaps that should be a lack of chemistry, in fact at times Eva seemed to be getting annoyed by Nik’s jokes. As these were clearly scripted and also quite misguided and badly judged, including a man who came on as an animal handler who insisted on bending over and showing us his underwear, there did appear to be a lack of any direction and feedback on what is and isn’t appropriate for a room where you have no idea what your audience is suffering with.

I always advise anyone thinking of getting help for any issues to ask around, make sure that you do your homework and also to look for a therapist who is trained and registered with a governing body. Choose carefully and wisely because the most important thing of all is finding the right therapist for you. Of course, the facts appear to be that the Speakmans don’t actually see members of the public apart from on This Morning and that when they do their fees are reported to be £4000 for a days working with them, so they may not be the first port of call.

Despite the fact that they seemed to talk as if they were the only people that could help their audience, that is simply not the case at all. On seeing what they do, you may in fact conclude that they would not be the right people for you at all. The sadly lacking stage presence and nerves of, in particular Nik Speakman may not inspire much confidence.

If you are thinking of getting help then you can read all about the differences between different types of therapy here : CBT, Counselling and Hypnotherapy