Celebrity Hypnotherapist Paul Mckenna releases his newest book in the first week of January. This is the follow up to Freedom from Emotional Eating which came out in early 2014

This new book is called "Instant Influence and Charisma" by Paul Mckenna with a subtitle of.. It will either be used by you..or on you ! It comes with Free audio and video sessions.

He tweeted that he had finished the book and that although he said it every year he thought that this would be his best one yet, explaining that the book comes out in the first week of January to help catch the lucrative new year resolution sales.

It will be interesting to see how well this does as it seems to be aimed at a slightly different group of people to his normal weight loss books. 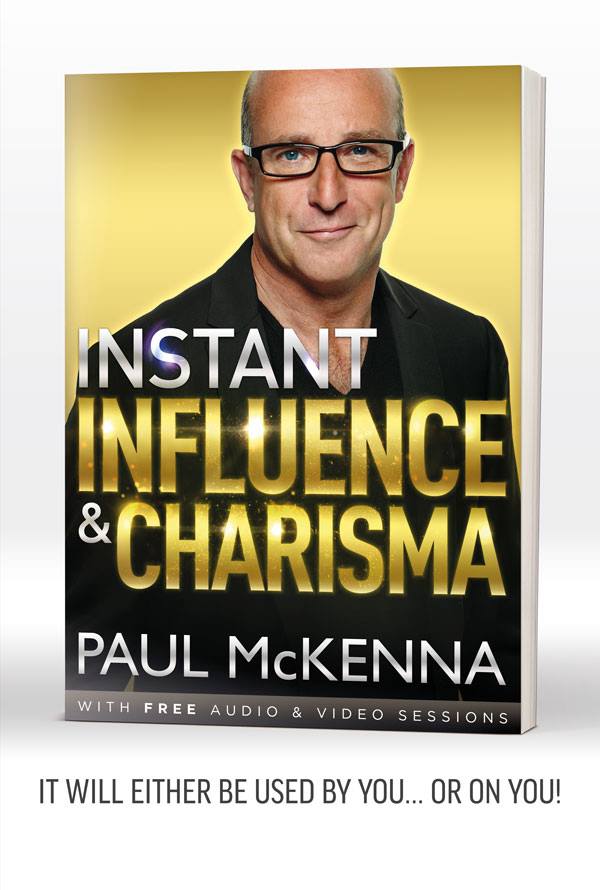 Synopsis From the Press release for the new Paul Mckenna Book.....

THIS SYSTEM WILL BE USED BY YOU OR AGAINST YOU!

Do you want more success?

Do you want to be more popular?

Do you want to stop people taking advantage of you?

Do you want things to go your way more often?

Then, this book, audio & video system is for you!

Paul McKenna has sold more than 10 million books in 32 countries and has spent the last 20 years researching human influence: what makes people do things and the secrets of charisma and likeability. He has created a formula, an easy to learn system that in an ever-changing world will help you communicate more eloquently and effectively.

In the last few years, the psychology of influence has taken a massive leap forward and Paul McKenna has been working with the leaders in the field.

This book, with audio and video downloads, will give you the edge whether you want to get ahead in business, romance or life. Paul McKenna will show you the language and techniques used by the most persuasive people in the world, in an ethical and easy to understand way.

You will learn the universal principles of influence, so you will be able to spot when people are covertly trying to manipulate you.

If you want to influence your children or your boss, if you are looking for a partner, or more friends, or just more fun, these techniques will release your natural influence and charisma and get you more of what you really want.

Use this system, and your life will change for the better in ways that you would never have imagined before!

The Sunday Times published an interview with Paul Mckenna on the 3rd January with a couple of short extracts from the book.

New Year, New You: Matt Rudd meets Paul McKenna. In the article they show three of the questions and steps that Paul suggests you try...

The king of self-help, Paul McKenna, explains how you can be more charismatic and influential in 2016 with his step-by-step guide to a life of fulfilment

Look in the mirror. Make a list of the bad things you see. Do it now…

Now look back in the mirror and read out the list in a Mickey Mouse voice. Do this again and again until you cannot take the voice seriously.

Back in front of the mirror. Speak with your internal dialogue using your most kind and authoritative tone of voice. Accept all the parts of yourself you had criticised.

Think of a person who is charismatic and confident. Imagine that person standing in front of you, looking in the mirror. Now step into them. Become them, like a method actor.