A fear of water is something that many people suffer from. It may surprise you to hear that Dame Kelly Holmes was one person who fou 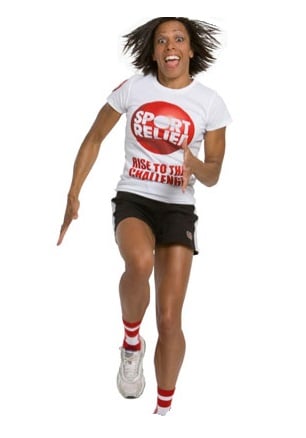 nd it caused her to worry so much she would not go swimming, especially when you consider that as an Olympic Sportswoman she has achieved so much based on physical activity.

Nevertheless after an incident as a child she had a terrible fear of water. She explained it all to Marcus Brigstocke on the BBC Radio 4 programme "I've never seen Star Wars" where guests try a variety of things that they have never done before. For the show Dame Kelly had hypnotherapy to see if it would help her overcome that irrational fear, but very much real in her own mind.

Before she had the hypnotherapy she rated how scared she was of water on a scale of one to ten. She said that in fact she would be a twenty out of ten, so clearly it really affected her badly.

She explained that she was a bit sceptical and thought that perhaps the hypnotist would just click his fingers and she would drop into a trance. It's a typical reaction based on media images of hypnosis that bear not similarity to what actually happens.

She described what happened when she went for her hypnotherapy. When she found out that hypnosis is often just about talking about the problem and then finding a way to overcome it, she was already able to be set more at ease.

Her fear was quite extreme and it meant that there was no way that she would even want to get into a swimming pool. This can be typical of the level of anxiety that anyone with a fear experiences.

There are many ways you can learn to relax and let go of phobias. So many people feel that they must live with a phobia or fear. It is important to remember that we are only born with two fears.. the fear of falling and loud noises. This means we must have learnt any fear we have...so if you can learn it you can unlearn it too!

After the session she went to a swimming pool and not only did she enter the pool, but she even dived off a diving board into the water. She then did a twenty five metre swim after being taught the front crawl, then she did four more lengths!

It's lovely to hear stories like this in the media about how you can make a really great change to your life.

As Dame Kelly said..."I got in the pool and that was the objective. I would give the experience of trying Hypnotherapy ten out of ten."

If you have a fear or phobia you can read more about how to overcome it here:  End fears and phobias with hypnotherapy

If you would like to end your phobia you can contact me on 07980 233160 or email me on i[email protected] I work from my practice in the Midlands and also via Skype across the world.

Update on 20th February.  Tonight on ITV Dame Kelly Holmes joins Bear Grylls in a new programme called Mission Survive where we will really get to see how well her fear of water has been tackled!  Good luck Dame Kelly !