Scientist from Stanford School of Medicine have used brain imaging to see what is actually happening to people while they were under hypnosis. Although there is a great deal of research into the efficacy of hypnotherapy this study has looked at a different area by seeing what happens in the brain.

Fifty seven people took part.  Some of whom were highly susceptible to hypnotic trance states and others who were not hypnotisable at all.

The participants were given a scan in brain imaging machines, whilst being played various sets of pre-recorded instructions. Two of the sets were meant to induce hypnosis, and two others were given other instructions.

The images captured in the scanner showed the regions of the brain that were most active and most dormant while the participants were undertaking the experiment.  What they saw makes interesting reading.

There was decreased activity in the region known as the dorsal anterior cingulate cortex, this is known to be critical for evaluating contexts, so you can decide what to worry about and what to ignore in any particular situation.

The reduction in the activity means that under hypnosis people are able to suspend judgement without thinking of what else they could or should be attending. 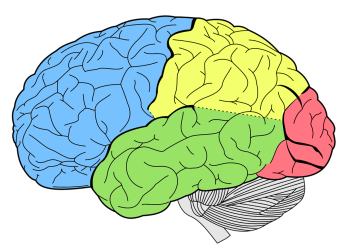 Another change showed that people under hypnosis gained the ability to separate the thoughts in their heads from the feelings in their bodies.

One of the things that I always talk about is the fact that “We get more of what we think about” and this study really helps to show that. If we spend our time worrying we can even make ourselves ill. When we learn to let go and think in a positive way about what we really want to happen then things can become so much more easy for us.

Another aspect of the study showed that "People who are hypnotised tend not to be self-conscious, and so they will do things they wouldn't normally do," researcher David Spiegel said. "That has therapeutic potential. You can get people to shake up the way they react to problems and approach them from a different point of view."

David Speigel "It is a neurobiological phenomenon."

"I think this illustrates the reality of hypnosis as a phenomenon," he said, "and the fact that this is not a way of losing control, as a lot of people fear. It is a way of teaching people to enhance control over their brains and bodies."

You can read the full study in the Journal Cerebral Cortex