Is Donald Trump using hypnosis on the American Public to win the US election? 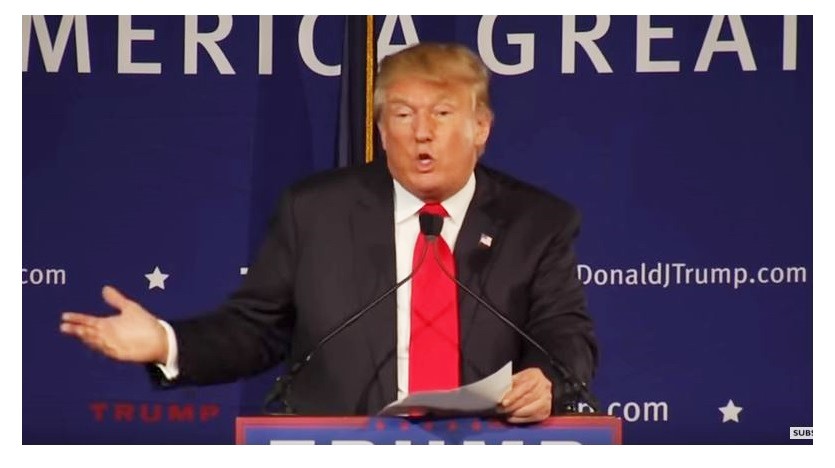 As the candidates for the office of President of The United States of America move closer and closer towards Election Day, one New York based Hypnotist says that they are using hypnosis skills to persuade voters to tick their box and support them.

It's not the first time that this subject has come up. The creator of the Dilbert cartoons has already expressed his opinion that Trump is a "Master Wizard" using hypnosis on the public. Forbes magazine has even written a whole article on Donald Trump as a mass political hypnotist.

Appearing on Pix 11 morning news he spoke about his theory.

“Trance or hypnosis is simply a narrowness of attention” He said “a focus and absorption on one thing when we are not distracted. In that state you are more suggestible, so our subconscious mind is more open to suggestions for new attitudes and beliefs, about our politicians, our country and our policies.

He was asked about Covert Hypnosis and is it something that Donald Trump is using.

“Covert hypnosis is simply altering that way we think in a disguised way. So when Ted Cruz repeatedly used the word imagine over 30 times in his presidential announcement speech, he was actually speaking with the hypnotic pattern of a preacher.” Said Jeffrey Rose.

He explained that some of the techniques being used mean that people follow along with the words that are being spoken and the cadence of the words. By pacing the language you can encourage people to follow along. Basically, it's just making it less boring.

He was also asked if the politicians were praying on our fears.

“Absolutely, they are praying on fear, but they must have rapport, so that you like them”

Of course, you can use as many techniques as you like, but the truth is that most people can see perfectly well how they feel about someone who stands up in front of them. What he is really saying is that politicians are trying to manipulate you into thinking that they are the right person for your vote, so I suppose in that case, nothing much has changed !