If you were a fan of the sitcom Cheers you may well have enjoyed laughing at the antics of barman Woody and the fact that he often seemed to lack a little understanding about exactly what was going on around him. The actor took bartending lessons so that he could really serve the drinks in a way that made him look like he knew what he was doing, even if he didn't always know what he was saying! 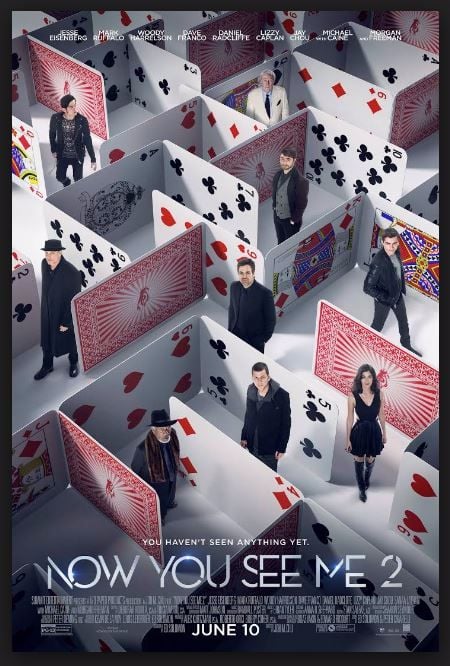 Now though, Woody Harrelson has learnt a new skill that he can use on people as well as being able to pour pints.

Hypnotism!  It's being reported that he learnt all about hypnosis from Keith Barry, best known for the TV gameshow "You're Back in the Room" who acted as a consultant on the movie "Now you See Me 2" which is all about magic and mentalism.

Keith Barry taught him how to do a few card tricks via Skype and then went on to the set to act as an advisor. The film also stars actor Mark Ruffalo who appeared as the Incredible Hulk and this inspired Woody to play a trick on him where he made him think that everything he saw was green. He also made him forget about the number 6, a very common trick for stage hypnotists to do.

Keith Barry encouraged him to try the tricks out saying. “As a hypnotist, you have to prepare to fail all the time, and you do fail because there’s various levels of susceptibility, as we call it. But he embraced it, and we just had an absolute blast while we were out and about.”

Sadly for those who may be thinking that he really did take control of Mark Ruffalo's mind the truth came out when they were doing press interviews this week for Now you see me 2. Mark explained that he had actually just been playing along.

"Whatever Woody thinks happened, I'll back him up. Him and Keith Barry seem to think they actually hypnotised me and my recollection of it was very different." said Ruffalo recently.

I've heard that explanation before!

If you want to find out a little about stage hypnosis and how it really works then you can watch the video below to find out more...